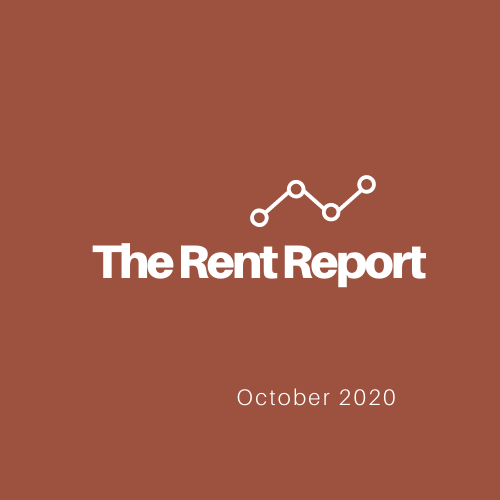 Toronto and Vancouver both had relatively flat months in terms of rent price changes with Toronto two-bedrooms even seeing a slight increase of 0.8%. Though both these markets still had double-digit year-over-year declines, the monthly tapering may signal that the downswings are decelerating and a rent price floor may be hit soon. One-bedroom rents for both cities were hovering at or just above the $2,000 threshold.

The rest of the top markets experienced a mixed bag of changes as Burnaby, the 3rd most expensive city, saw rents down on all fronts, while Victoria, the next priciest market, saw rents grow into the double digits since this time last year. Aside from the 3 most expensive cities, the majority of Canadian cities had growing rents on a yearly basis.

2. Vancouver, BC rents had a flat month with one and two-bedrooms staying flat at $2,000 and $2,750, respectively. However, two-bedroom rent in this city is down 15% since this time last year.