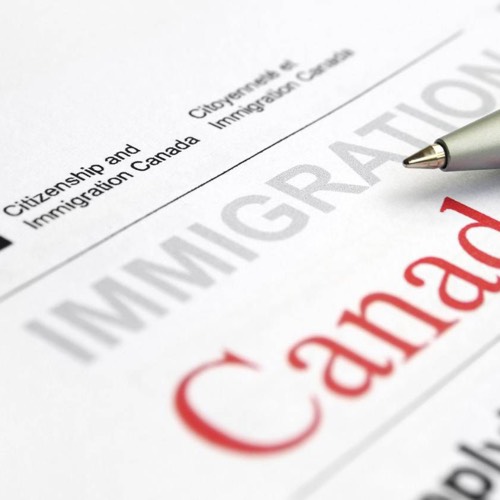 Newcomers to Canada account for more than a fifth of the housing market, helping boost real estate in Ontario, Quebec and B.C., according to a new survey.

Immigrants buy 21 per cent of houses and may purchase 680,000 homes during the next five years if migration levels are maintained, the poll commissioned by Royal LePage shows.

“In addition to supporting Canada’s economic growth, newcomers to Canada are vital to the health of our national real estate market,” Phil Soper, Royal LePage president and CEO, said in a statement. “Newcomers are doing more than investing in Canadian real estate, they are investing in their family’s future.”

The survey lands as the country’s housing markets rebound from the imposition of tighter mortgage rules over the past two years that were brought in to limit speculation and soaring prices in markets such as Vancouver and Toronto.

Prices have fallen in Vancouver and increases slowed in Toronto, but their markets are gathering steam again. Buying activity rose another 0.6 per cent in September to 512,000 units (seasonally adjusted and annualized) — the highest level in 21 months and 6.6 per cent above the 10-year average, according to the Canadian Real Estate Association.

More evidence of a red-hot real estate market came on Wednesday when the Toronto Real Estate Board reported that condo sales in the third quarter rose 11.1 per cent compared to the same period last year.

“Condominium apartments are obviously a popular choice amongst first-time home-buyers,” said Jason Mercer, TREB’s chief market analyst. “Moreover, it is also important to remember that condominium apartments owned by investors represent a huge component of the GTA rental stock and certainly account for most additions to the rental stock, on net, over the past decade.”Newcomers to Canada are vital to the health of our national real estate market

Royal Bank of Canada senior economist Robert Hogue notes that conditions are ripe for another rally in housing prices after a pause earlier in the year.

“Demand-supply conditions have tightened up, and are gradually heating up prices. Low interest rates, strong labour markets and rapid population growth will continue to fuel demand in the period ahead,” said Hogue in a report. “Promises made during the federal election campaign could heat things up further.”

All the major political parties remain open to some levels of immigration, and the perception appears to hold among newcomers, according to the LePage survey.

The poll of 1,500 people who arrived in Canada within the last 10 years found more than half of newcomers — 54 per cent — chose Canada because it’s a good place to live and work while three quarters said they didn’t consider moving to the U.S., with 31 per cent citing a better reception for immigrants in Canada and 26 per cent saying it was safer.

Almost half — 46 per cent — chose Ontario, helping power the province’s property market especially in Toronto and Ottawa, according to the survey. Nearly a third — 32 per cent — of newcomers to those cities buy houses, which is the national average, the poll showed. That compares with 68 per cent home ownership for all Canadians, according to Statistics Canada.

Quebec drew 19 per cent of newcomers because of good schools, quality of life and relative affordability, which helps counter an aging population and those who leave the province, according to Royal LePage’s local vice president and general manager, Dominic St. Pierre.

B.C. came third with about 13 per cent of newcomers to Canada, according to Statistics Canada and holds the survey’s highest amount — 89 per cent — of those who arrive with savings to buy a house, perhaps reflecting the strong influx of wealthy Asians in the market.