Posted on April 19, 2019 by PadMapper
Posted in: Rental Market 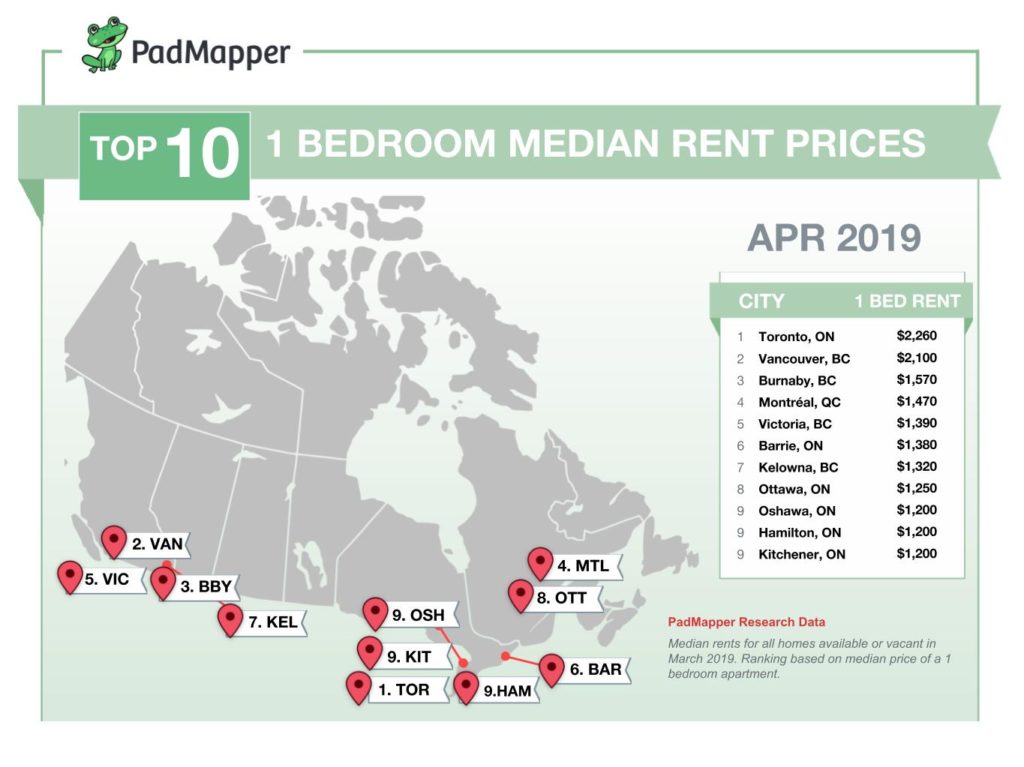 Overall, 4 cities saw an upward trend, 3 downward, and 17 remained stable last month. There was little movement throughout Canada as a majority of cities stayed in their previous month’s rankings, with a few cities stirring at the very bottom. A little less than half of the total cities continued to have double digit year over year growth rates but this has been the most stable month Canada has seen yet.

Notably, Windsor had the fastest growing rent in the nation last month, up 5.6%, and Calgary saw the largest rent dip, down 2.7%.

–Windsor, ON one bedroom rent had the largest growth rate in the nation last month, up 5.6% to $760.

–Saskatoon, SK moved up 2 spots to become the 21st most expensive city with one bedroom rent jumping 5% to $840.